Have you ever met someone who seemed to exude nothing but positivity and joy, and when you were around them you simply just felt better? I recently was acquainted with a person exactly like this when I came into the good fortune of being able to take a small airplane ride over Lake Erie.

It all started with a good friend of mine from the town of Tiffin, who said he could arrange for my partner and I, as well as himself, to travel via plane to a local island on Lake Erie named Put-In-Bay. On the morning this all came to fruition, I was struggling to remain upbeat about this little trip, given how I felt with my health. In all honesty, it’s quite difficult for me to look forward to doing anything these days, but I certainly do my best to keep the faith and hope for the best.

So when my partner and I arrived at the tiny Seneca County Airport early on a Friday afternoon, I asked God for help and entered the waiting lounge. My friend was already there and quickly introduced us to Nevin, who would be our pilot for the day. From the onset, Nevin, who had recently turned 30 years old, greeted us with a huge smile and engaged us with warm and inviting conversation. On some level, I felt as if he was at that moment, living on the exact opposite side of the spectrum from where I was. I was glad for this though, as I didn’t think having a depressed pilot would be a good thing for any of us.

Upon entering the four passenger propeller-based plane outside, I sat up front in the co-pilot’s seat and proceeded to ask Nevin a barrage of questions about his job, what we were looking at once up in the sky, and everything in between. He made sure to answer every one of them, not once ever growing bored or irritable with any of them. In fact, it was quite the opposite, as you could really tell he was extremely happy with his career, of which he had been doing since the young age of 18.

When we landed on Put-In-Bay some twenty minutes later and acquired a golf cart to travel around the island, Nevin was more than glad to be the chauffeur with it as well. We first headed off to lunch at a place oddly named The Goat and I noticed that every time he spoke on the way there, there was a sense of constant cheerfulness about him. It was so refreshing, especially with the amount of despair I had begun the day with.

During the course of the next three hours, not once did Nevin ever waiver in his optimistic mood. At one point, when he and I were on the top of a tall monument on the island, I finally asked him if he was happy like this all the time. As he looked out over the island from where we stood way up high, he told me how blessed he felt his life was and said “After all, how could you not be when your job is flying a plane for a living and getting to enjoy so many different things of beauty just like this.” I shared with him after that the struggles I’ve been facing for as long as I have. I told him about my past and all the darkness I had once lived in. And I said that I inspired to be as joyful and hopeful in life as he was. He responded in saying he felt I was on the right path, that I just needed to keep doing what I was doing, and keep my faith in God. When the day came to a close a few hours later, it was kind of hard saying goodbye to this gentle soul, especially given that my mood had completely changed for the better.

It truly is refreshing in life to come across individuals every now and then who have that unique ability to help a person find peace and joy within themselves by them just being them and Nevin is one of these people. His soul is a bright one, and one that I would say is a beacon of hope for others. It’s what I believe Jesus was like back in his time as well and it’s what I long and strive for in my own life too. And what’s funny about this entire story is that Nevin wasn’t even the original pilot that had been scheduled for our plane ride. Due to some conflicts, the plane and pilot changed almost at the last minute for us.

So in the end I came to the conclusion that God ultimately wanted me to meet Nevin that day, mainly to provide me some hope, to not give up, and to remind me that I’m still on the right path of healing, which is why I’m so grateful to have come across a person like Nevin. As it’s individuals like Nevin, who shine their light as strongly as they do into the darkness in our world and after doing so, leave nothing behind but light. So thank you Nevin for being a great beacon for us all and for being an exemplary example of yet another ray of the light of God. 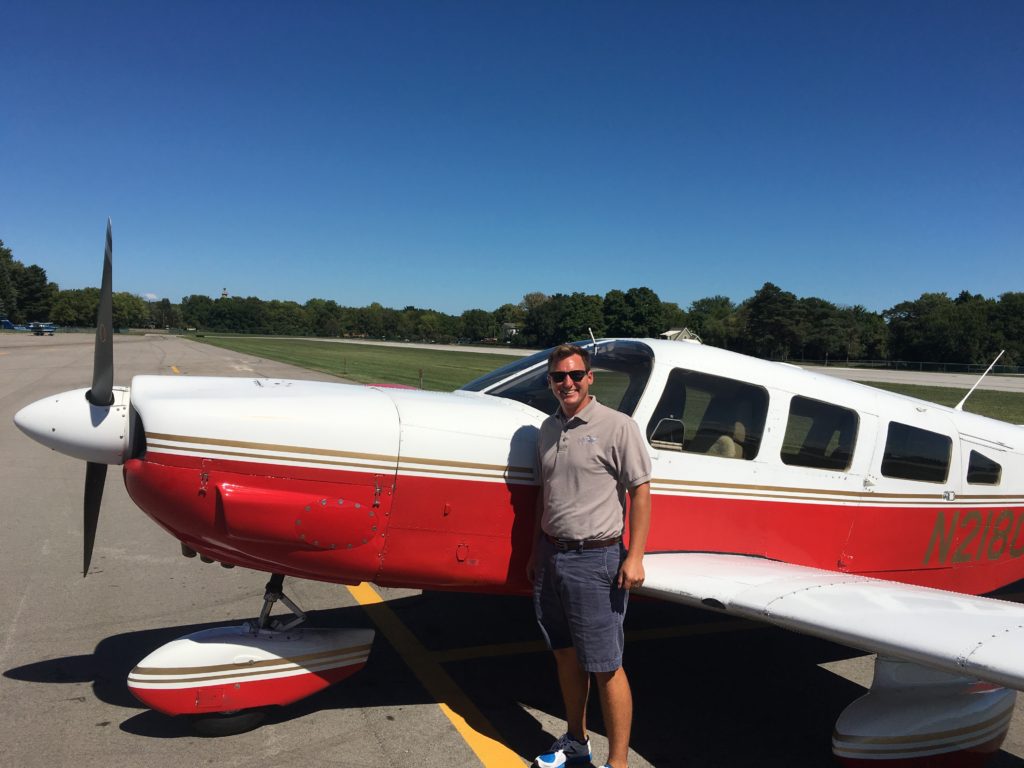 5 thoughts on “The Pilot Of Positivity And Joy”