For those who know me, I’m not much into politics, but there’s a new television drama most definitely political in nature that has become the number one show I look forward to watching every week. It’s called Designated Survivor and stars Kiefer Sutherland as Tom Kirkman who is suddenly thrust into the role as President when a deadly terrorist act wipes out all the members of Congress during a State of the Union Address at the US Capitol.

Until I watched the first episode of this new television series, I never fully understood what a “Designated Survivor” actually referred to in our government. Simply put, it’s an individual in the presidential line of succession, usually a member of the United States Cabinet, who is arranged to be at a physically distant, secure, and undisclosed location whenever the President and all the country’s top leaders are gathered in a single location, such as a State of the Union address or a presidential inauguration. In the case of ABC’s new hit show, Tom Kirkman is the Secretary of Housing and Urban Development who is chosen to be the designated survivor during a major presidential speech at the capitol.

What has interested me the most about this show so far is the reality that something like this type of event could truly happen in today’s day and age. In a country and a world where terrorist attacks seem to be ever increasing, I often wonder if it’s just a matter of time before something like this ends up taking place in the United States or somewhere else.

After the terrorist attacks on 9/11/01, I can honestly say I didn’t feel safe in my country anymore. Maybe I was living in a bubble prior to that and was never safe to start with, but given the fact that every time I glance at the latest news headlines nowadays, I see there’s been some type of terrible event somewhere in our country, which in turn makes me constantly question whether it’s just a matter of time before another deadly terrorist attack happens on our soil like 9/11 or even like the premise of this new show.

Nevertheless, what I like best about Designated Survivor thus far is how it’s choosing to portray what might happen after an attack of such magnitude occurred in our country, when essentially all of our leaders are wiped out. Personally, I hope something like this never, ever, happens as long as I’m alive, because my honest opinion about what would take place is what the show is already demonstrating, that utter chaos would probably reign supreme for a while both within our borders and most likely with a good portion of the rest of the world as well.

For a dramatic program with such great depth in acting and an incredible premise, believing in the possibility that an event like this could ultimately happen isn’t much of a stretch. And while it’s hard to imagine the state of our country deteriorating even worse that it feels like it has in recent years, the show clearly shows it could. But as with all calamities that have ever taken place in our country throughout history, great leaders and heroes have risen from their ashes and Tom Kirkman seems poised to become just that in ABC’s new series Designated Survivor, of which I greatly look forward to continuing watching in future weeks… 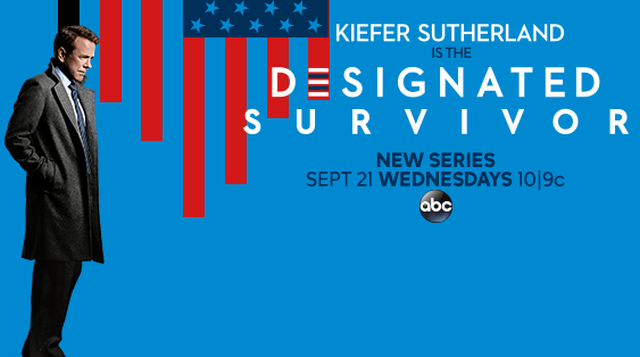