Watching a movie where the predominant focus is on Christians being severely persecuted isn’t normally my cup of tea. Case in point, when I saw The Passion of the Christ over a decade ago, I was truly horrified for how long the scenes were of the beatings, lashings and torture of Christ himself. Ever since, I’ve avoided pretty much any movie that delved into similar subject material. That changed though recently when a new movie titled “Silence” was released into theaters. Given all the Oscar buzz and good reviews from critics surrounding the film, I opted to not practice contempt prior to investigation by heading to the theater to check it out.

Written and directed by Martin Scorsese, “Silence” is loosely based upon the true story of Jesuit priests who travelled to Japan in the early 17th century to spread Catholicism. With a running time just over 3 hours long, the film centers around two priests from Portugal named Rodrigues (Andrew Garfield) and Garupe (Adam Driver), who go a mission to Japan to locate their mentor, Father Ferreira (Liam Neeson), who has gone missing, and to continue promoting Christianity as well. Unfortunately, once there they find an incredible amount of fear and resistance to their religion and faith and are met with a dictatorship that predominantly believes Buddhism is the only path to salvation. And it’s not very long into the movie where the similarities to The Passion of The Christ begin as the viewer must endure plenty of scenes of torture and even murder of those perceived to be practicing Christianity. Most of those scenes were incredibly difficult to watch, which is probably why I was rather grateful when the film ended and the credits began to roll.

While all the elements of “Silence” were done quite well from the cinematography, to the costumes, to the plot, and to the acting, I found this film truly disturbing like I did The Passion of The Christ. Disturbing because of how much throughout history those in power have often persecuted various people of faiths that weren’t the predominant one being practiced in a specific region. Sadly, I continue to see this happening today in many places in this world, and on some level, even here in the United States. It may not be so much in the physical sense anymore, but by far, it still does occur frequently in the mental and emotional sense. I have personally experienced this far more times than I can count and have been proselytized to by those claiming their faith was the only one that’s valid. And anytime I’ve ever expressed any dissension to it or talked about my interest in another path of faith, it’s regularly been met with words that have left me feeling like I was wrong and frankly like a piece of crap.

The fact is there has constantly been an incredible amount of religious persecution throughout our world’s history. It always starts with people growing used to believing and following the spiritual path they do. But at some point, that path is met with another type of faith and when it does, they are challenged with either expanding their beliefs or totally denouncing any others that aren’t their own. Unfortunately, the latter seems to be the leading course of action time and time again. And while much spiritual growth on our planet has allowed this to loosen a bit over the years, too many still live in fear that there might be more than what shows up in the Koran, or the Bible, or the Torah, or in any other religious text.

“Silence” demonstrated that fear all too well, so much so, that I hope to not be in a theater any time soon watching another film on religious persecution. All in all though, the film was executed with excellent precision and for that I give it 3 ½ stars out of 5. 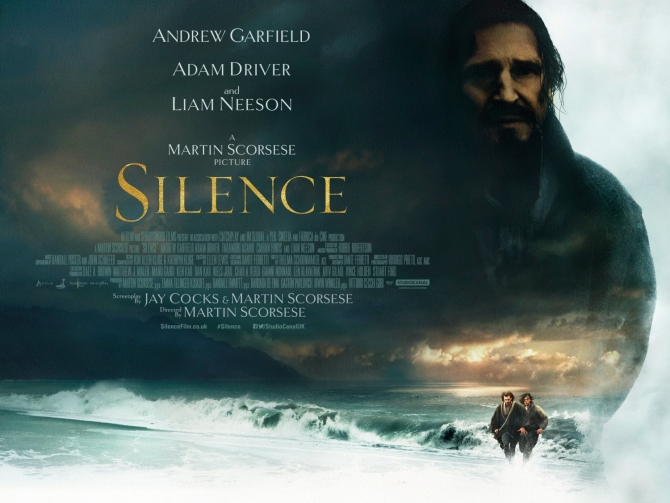