There are plenty of times newly released films end up garnering negative attention. And even though “A Dog’s Purpose” was one of those, mostly due to some leaked footage that showed inhumane treatment of a canine used during filming, I still found myself deeply moved by a movie that addressed the notion of a spiritual principle I’ve only recently come to believe exists.

“A Dog’s Purpose” surrounds a dog named Bailey (voiced by Josh Gad) who enters the world as a very loving, playful, and curious golden retriever. When he’s rescued unexpectedly from an extremely overheating truck by a boy named Ethan (Bryce Gheisar), the two immediately bond. Soon, they’re inseparable and on some level, Bailey becomes the escape Ethan needs from a father who’s rather distant, overly stern, and a budding alcoholic. As Ethan ages and becomes a star high school quarterback (KJ Apa), his connection to Bailey grows even deeper, as Bailey always seems to know exactly what Ethan needs when he most needs it. Upon one of those many moments, Bailey abruptly introduces him to Hannah (Britt Robertson) at a carnival where the two quickly become quite smitten with each other and start planning dreams of a future with the three of them together. Unfortunately, when a freak accident shatters those dreams for Ethan, everything starts falling apart in his world. Angry and frustrated with his new reality, he ends his relationship to Hannah and reluctantly heads off to farmer college alone, leaving Bailey behind with his mother. Feeling abandoned and without purpose anymore, Bailey eventually succumbs to illness. As his life comes to a close and his eyes apparently shut for one final time, he suddenly reopens them only to find himself in a new body and with new purpose. Thus beginning a cycle of lives that leaves the viewer wondering, will Bailey be reunited one day to the person he first loved, that being Ethan?

This concept of reincarnation that “A Dog’s Purpose” proposes, is something you won’t find many Christians ever talking about. For most, life is a one and done type of deal and how their life is lived determines whether heaven or hell is their final destination. But what if life was more than this, for both humans and animals alike? It’s a hard concept to swallow I know, especially with a Christian-dominant country like the United States. And while I may consider myself a Christian, I also hold some devout Buddhist beliefs as well and have only recently begun to accept the possibility that I may have already lived a great number of lives prior to this. And like Bailey, who came in and initially had one purpose, to unconditionally love his first master Ethan, I too feel I was brought here with my own set of purposes for my own Master, that being God.  Unfortunately, I got sidetracked for a while here in this life due to a number of circumstances. But somewhere along the way I started to wake up and began feeling like I’ve been down this path before with a similar set of purposes, some that I never fulfilled. Watching “A Dog’s Purpose” resonated with much of these spiritual principles and truly left me wondering, maybe we really do come back life after life with varying sets of purposes to complete. Regardless of whatever inherent truths exist in this question, I have a difficult time now believing that life is a one and done type of deal like I once used to.

Nevertheless, “A Dog’s Purpose” is a moving film that does address the notion of reincarnation. And while that may have been its initial downfall in why it hasn’t been well received by critics and movie-goers alike, I still give this film 5 stars and highly recommend seeing it for those who continue to feel like there might be something more to God, than what’s presented in the Bible. 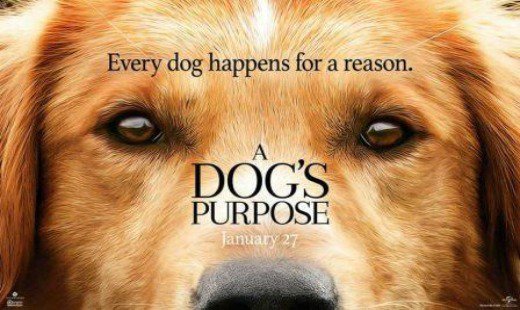