Does owning your own hedge fund and jet qualify you as a success in this world? How about being a political consultant to the White House and world renown writer? Or what about being a wealthy tech mogul who retired by the age of 40 and now lives in a coastal mansion in Hawaii? Or maybe it’s being a millionaire Hollywood director whose home is showcased on the cover of Architectural Digest? These are the very questions that 47-year-old Brad (Ben Stiller) asks himself and are the premise of the film titled “Brad’s Status”.

When this film begins we are introduced to Brad and his cozy life in Sacramento. There he owns and runs a small non-profit organization. He also lives in a nice home with a loving wife (Jenna Fischer) and has a 17-year-old musical prodigy son named Troy (Austin Abrams) who’s beginning to look for colleges to attend. But Brad isn’t really happy with any of his life because he continues to compare himself to his four closest friends from his alma mater (Tufts) that he has totally grown apart from over the years. Each have become outright successes in his mind, living far better lives than he feels he ever will. As Brad and Troy embark on a trip to the Boston area for college tours and admission interviews, Brad privately hopes his dreams of success may at least live on through Troy’s life. But when Troy mistakenly misses the appointment time at the school (Harvard) he has his heart set most upon, the true premise of the film is set in motion as Brad must face a decision that will ultimately put him back in touch with the very people he secretly envies and loathes due to their perceived successes in life.

I must say that “Brad’s Status” really impacted me greatly simply because I could so relate to the mid-life crisis that Brad faced throughout it. Over the past few months, since turning 45, I too have felt similarly, as I continue to witness what I perceive as successes in many of my friends from college and beyond. It’s precisely why I’ve skipped out on reunions that have taken place because deep down, I haven’t felt like my life has been much of a success. Yet, ironically, I found myself reevaluating that long after I left the theater.

I used to believe that being successful in life meant having a lot of money rolling in or being known for some type of achievement or having countless followers on social media, or any number of other things that much of the world probably deems as signs of success. Yet, I’ve learned over time that it’s the ego that generally sees success through some type of great material gain or heightened public status. But even when the ego finds a way to acquire any of those things in life, a person can still feel like they’re not much of a success. How do I know this? Because even when I was earning close to $100,000 a year and owning a seven-figure business and 5500-square foot home, I still felt inadequate, which only increased exponentially when I eventually lost it all.

So, what does being successful in life look like then?

Does achieving over 22 years of sobriety from alcohol and drugs and helping many on the path to sobriety count as that?

Is writing two separate young adult fantasy novels for a hobby and pure fun, where each are over 200 pages, count?

Is maintaining a blog and publishing over 1400 original articles on spirituality, for over four years now, qualify?

And is giving up all my other addictions as well five years ago and turning my will and life over to Christ amount to that?

Well, while none of them may be deemed a successful life to many who are living with six, seven, or even eight figures of income, or are in the public spotlight of stardom, I am choosing to personally believe each are signs of my own success on my spiritual quest to become one with God.

And while I may never live a life again with any type of financial abundance or ever become widely known in this world, “Brad’s Status” was a great reminder that being successful in life really is in the eyes of the beholder and not when compared to anyone else. But even more importantly, I truly believe that God has always seen me as a success in His eyes, which I finally am just starting to see too… 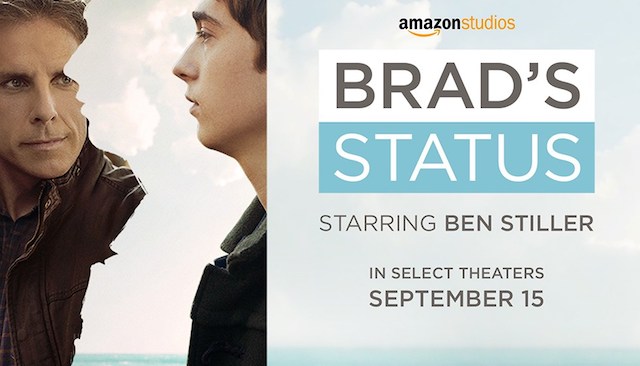