What if you could escape into a virtual reality (VR) world that felt so real and was able to contain anyone or anything you want? Would you ever want to leave it? That’s the premise of a new NBC show that began just over a week ago that’s titled “Reverie”.

It’s no secret that I am a science fiction/fantasy nut, especially when it comes to movies and television shows and “Reverie” does not disappoint in that genre. While current VR technology in the real world today only allows for a bulky headset to be placed on one’s head for one to become immersed in another dimension, this series takes VR a huge leap further, as people can receive an injection of a living piece of software that essentially becomes the VR headset itself. It then can become active by stating a mere voice command while the software is running on a computer or tablet in front of the user and once activated, the consciousness of the user is immediately transported into a realm they’ve fully created from uploading whatever they want into it from any of their social media. Unfortunately, more and more people are falling into “user comas” and not coming out of the VR realms they’ve created for themselves, which can be left by simply stating a voice command. Enter former detective Mara Kint (Sharah Shahi), someone who specializes in human behavior, when she is asked by her old police boss, Charlie Ventana (Dennis Haysbert), to help rescue those stuck in their VR realms.

In the first episode, a man who lost his wife in the real world, has created a VR existence with his wife still present and does not wish to ever leave it, even though he has a life waiting for him outside of it, including a daughter. After watching this first episode, I began to wonder if I too would be someone who’d get stuck in a VR realm if indeed this technology existed in the real world. Chances are I would solely because of my addictive nature and given the amount of pain and suffering I’m still facing on most days. I’ve attempted to escape my life far too many times already over the years through a number of things like alcohol, drugs, sex, money, etc. Thus, it’s not much of a stretch to think about how addictive it would be for me to create a world where I don’t have to be in pain or limited by an ailing body or where my parents are still alive and didn’t die by their own hands or where I didn’t feel like a nobody. So, yes, I definitely think that if the “Reverie” VR software actually existed, I, and probably countless others, would most likely fall prey to the actual premise of this new series in that we wouldn’t want to leave a world that doesn’t have to be filled with any of the pain and suffering that the real world has dealt us.

Regardless, I honestly believe that technology like this isn’t too far off in our future and I shudder to think of how it could become the greatest addiction any of us have ever seen on this planet if it existed, even beyond the current drug epidemic that’s continuing to sweep our nation and our planet for that matter.

There have been a number of great tv series and movies over the years that have depicted the potential of this reality happening including Black Mirror, The Matrix, Inception, Total Recall, Tron, Ready Player One, The Lawnmower Man, The Thirteenth Floor, and more. With so much pain and suffering on our planet that only seems to be on the rise from year to year, why wouldn’t many of us desire the ability to create a world where none of this is present and where all the things we’ve lost or feel we are lacking can still be present. Ultimately, it is this very thought that has led me to believe why so many are currently getting wrapped up in drugs and plenty of other addictions these days.

Nevertheless, “Reverie” is a bold TV series about virtual reality that will most likely leave you asking yourself the very same question the show itself begs to ponder, that being of whether you would ever want to leave another realm you could enter, that isn’t filled with any pain and suffering and instead, contains everyone and everything that has ever meant anything to you… 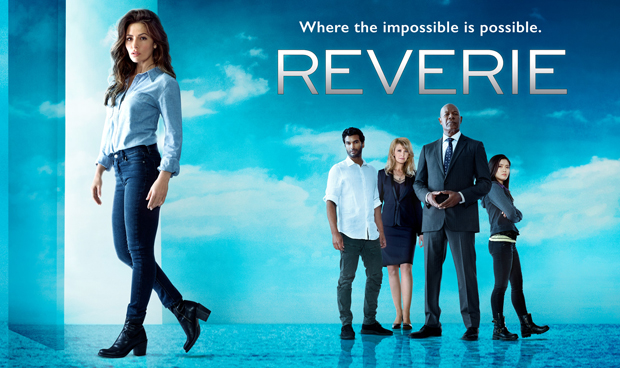