Welcome to another chapter of Grateful Heart Monday, where I find gratitude in my life to focus on and start my week off on a positive note, which for today is for Kodi Lee, a blind and autistic contestant on this year’s America’s Got Talent who is incredibly inspiring and gifted beyond belief.

I’ve been watching America’s Got Talent now for about 7 years and usually find myself looking forward to the beginning of summer each year, as that’s when a new season always begins for the show. It’s the only reality type of show I continue to watch and that’s because I enjoy being inspired by the many ways people in this world are gifted with some type of unique talent.

While America’s Got Talent has definitely highlighted plenty of that, it also occasionally places negative emphasis on acts that are either downright ridiculous with people doing silly things to get their few minutes of fame or people who in their own right mind feel they are talented, but in this show’s standards, are really not. So, when the final act of the first episode of the season began, with a guy being led out on stage by his mother, I wasn’t quite sure what to expect. Frankly, I probably thought what a lot of people did at that moment, which was wondering what kind of talent a 22-year-old guy who was blind and autistic could actually have. After all, he really wasn’t able to effectively communicate to the judges when asked questions before his act began, other than offering one-or-two-word answers, and he constantly was rocking back and forth like many who are autistic.

Nevertheless, his mother explained Kodi was going to play the piano and sing for everyone, as that was his greatest passion. After sitting down and playing a few random keys on the piano that sort of reminded me of what a little kid might do the first time they placed their hands on an instrument, I found myself feeling a little nervous as I didn’t want the audience to boo this guy or give him any bit of negative energy. Sadly, there have been many times this does happen on America’s Got Talent, which honestly, is probably the one thing I don’t like about the show, because anyone stepping foot on a stage in front of several thousand people is quite a feat in itself, but trying to demonstrate a talent they really believe in themselves is far more of a feat.

So, as Kodi began to play, my heart fluttered somewhat in fear for him, that was until he started singing. Immediately, my jaw dropped and tears proceeded to fall from my eyes. The way Kodi played on those piano keys and the way his voice soothed my soul, words couldn’t ultimately describe what I was feeling in my heart. All I know is that I felt the presence of God during his two or so minute performance and it was then that I realized that no matter how bad my life and my health may be, that God has a specific talent within us all that is meant to inspire others somehow.

Kodi Lee’s talent is something I find myself weeks later still thinking about. How can someone who is blind and autistic be so darn amazing! I have never in seven years of watching America’s Got Talent, EVER SEEN SUCH A GIFT in someone with such limitations in life! When Kodi got the season’s first golden buzzer, which guarantees him a live show appearance, I pretty much became a blubbering idiot and was kind of glad I was watching it alone. My partner Chris, who had watched it already earlier that evening had told me it was one of the best episodes he’s ever watched and I honestly didn’t know why he said that, that was until Kodi’s performance.

It’s pretty easy in this world to overlook someone like Kodi Lee and count them out before they even get a chance to prove themselves. Given he doesn’t have that Hollywood look or persona, one could pass Kodi on the streets and feel sorry for him just by what they see. But Kodi reminded me of why all of us should NEVER, EVER, focus on what we see with our eyes, and instead look to what’s beneath all that. Because beneath Kodi’s exterior is a piece of God that just inspired millions and millions of people in a way, that only God could make happen in my humble opinion.

I’m truly grateful for Kodi Lee and his incredible talent and will most certainly be rooting for him to win this season now. He single-handedly gave me enough inspiration to keep going and never count myself out, no matter how much my body and health continues to be riddled in pain and anguish. Because maybe, just maybe, I have a talent within me too, even in my current unfortunate circumstances of life, that one day will inspire many others as well, just like blind and autistic 22-year-old Kodi Lee is doing right now on America’s Got Talent Season 14… 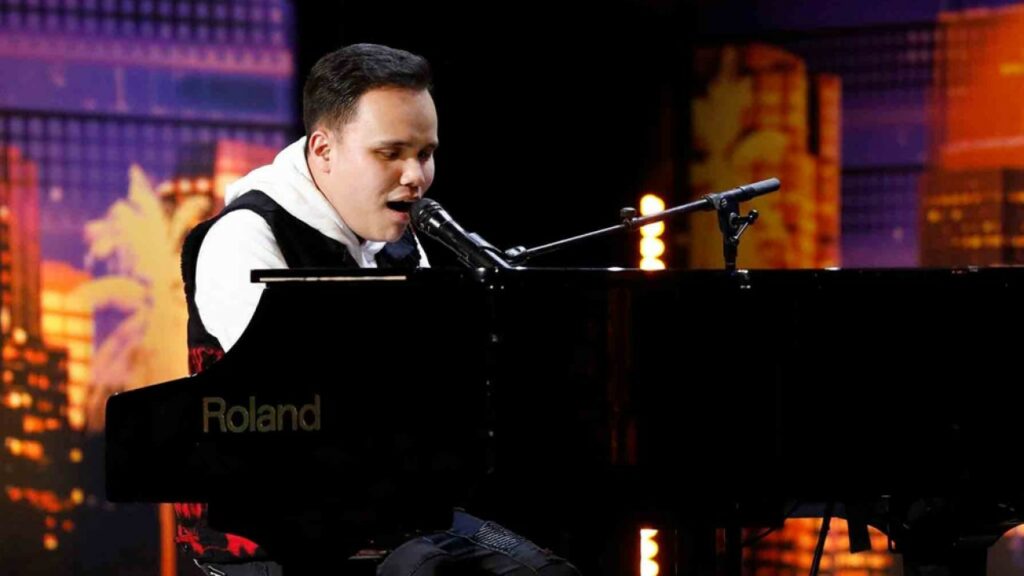