Sometimes there are movies I watch, such as the recent release of “Hustlers” starring Jennifer Lopez and Constance Wu, that hits home all too well of the many dark days I once lived where I didn’t care whether I hurt others or not, so long as I got “mine”.

“Hustlers” is actually a phenomenally realistic movie that portrays the dark side that exists in each and every one of us, the side that stems from the ego that constantly looks for how to get ahead in life, even if it means stepping on another’s toes, including those we care about. That old saying of “hurt people hurt people” is so apropos to this film. Based upon a true story, “Hustlers’ is about a young woman named Destiny (played by Wu) who becomes willing to do just about anything to become something more in life. Finding very little financial success as an exotic dancer, she looks to a fellow dancer named Ramona (played by Lopez) who makes it look so easy to make money in their line of work. It doesn’t take long for Destiny to learn the tricks of the trade and follow in Ramona’s footsteps, preying on the clients as if they were like sheep where they were the wolves. But, when the financial market takes a major downturn and causes their line of work to really suffer, Romana eventually comes up with a get-rich scheme and draws Destiny even deeper into behaviors that cross the line of morals and then some. How far will Destiny and Ramona go to get ahead in life? Just how far will they fall into the darkness that comes when money becomes the sole source of one’s happiness? “Hustlers” tells the true story of two people who become willing to sell their souls, all for the sake of seeking worldly riches that ultimately can never bring about the happiness they seek.

I was truly blown away by this movie and feel it’s Lopez’s best work yet. As for Wu, she continues to show she’s well on her way to stardom as an actress between her role in “Crazy Rich Asians” and now this. Both strongly reminded me through this film of how far I became willing to travel down the rabbit hole into behaviors that today I find myself so disgusted by. The number of people I used to get what I wanted in life by stepping on their toes. The amount of times I gave my body away for things I thought would make my life better. The pain I caused both myself and others along the way was immeasurable. Watching Destiny and Ramona treat men as if they were nothing more than expendable objects was almost too painful to sit through, not because the movie itself was done in poor taste, but rather because of how well it portrayed my own old behaviors when I preyed on older attractive men without any regard to their feelings. Sometimes I think the amount of agony I’ve gone through over the past nine years is some sort of a punishment or a release process from all the pain I caused those I once took advantage of. I’m not proud of how I used to live my life and have asked God many times over to forgive me for all the hurt and suffering I caused plenty when my ego ruled my existence and fleshly gains were the sole source of my happiness.

“Hustler’s” is most definitely a superb film that showed me a perfect reflection into my past to a time when I didn’t care whether I hurt someone else or not and the damage I caused to so many in the process. Thankfully, I was able to leave the theater and breathe a sigh of relief knowing it’s not who I am anymore and instead can say I’m doing everything I can now to rectify my past and be a better person. In light of that, I highly recommend this movie and hope when awards season comes around that it may get recognized with a few nominations, as it definitely is one that well-deserves it, especially for Lopez and Wu. 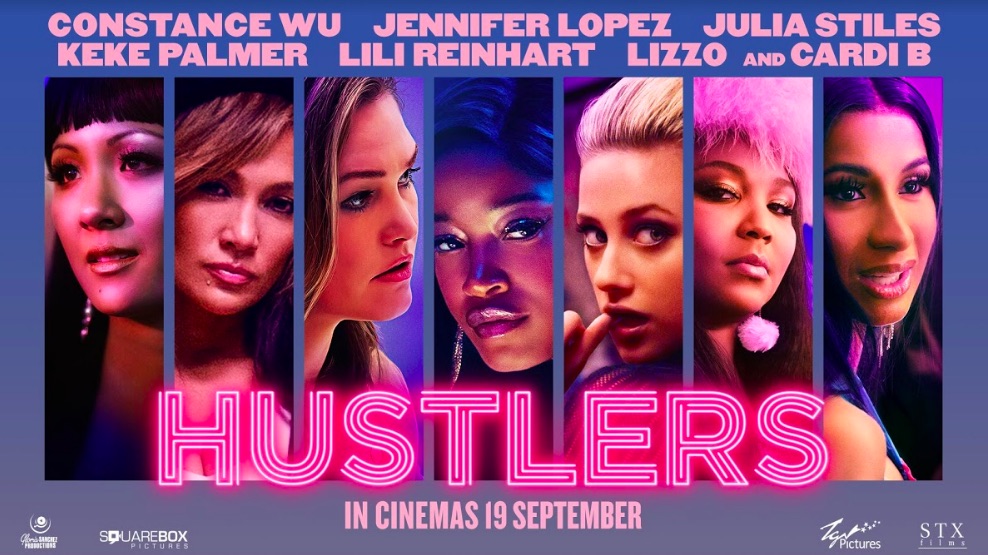